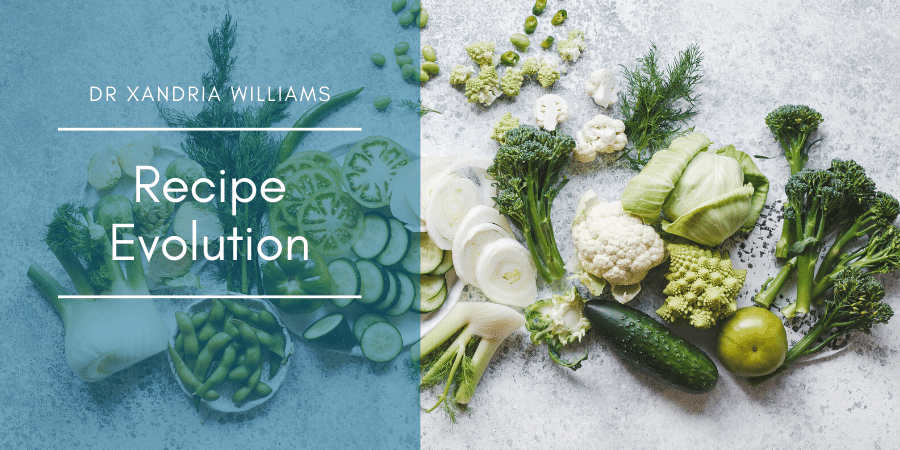 Last Friday, I provided a ‘whiz’ as my contribution to the dinner for the group of guests that joined me for our regular Open House Evening. I needed to make another dish this week that would show my guests that eating ‘raw’ can be delicious and satisfying.

It had been a busy day and I only had fifteen minutes between the departure of my last client and the arrival of the first visitor for the evening, so my dish had to be something quick! I chose ‘cauliflower rice’ which is a dish that many people have heard about but have not yet tried.

I placed a handful of almonds in the food processor and then switched it on for a few seconds, efficiently reducing the almonds to fine crumbs. I then put in the cauliflower florets (florets only, leaving out the stems or core as these have a stronger flavour and can be added to your next vegetable juice mixture). I turned the machine on for another few seconds until I did indeed have ‘cauliflower rice.’ I then decided I wanted something more interesting so I added a grated carrot and a finely chopped red onion which contains more quercetin and other nutrients than white or brown varieties.

Still wanting to add more flavour, I explored the fridge and found I had some dressing left over from my lunchtime salad. I had made this dressing with flaxseed oil, raw brown almond butter (made from almonds with the brown skin as opposed to roasted almonds which is what most people assume it is made of), tamari, balsamic vinegar, a dash of turmeric and fresh black pepper. I mixed these ingredients together, placed them in a bowl and decorated it with green leaves around the edge. I typically use lambs lettuce or alfalfa sprouts for the garnish.

As it turned out, I had chosen the dish wisely. One woman in attendance said she simply could NOT ‘eat

raw.’ She had never found a salad that interested her and preferred food with a bit of sauce that she didn’t have to chew extensively. Another attendee said she simply could not imagine eating cauliflower or broccoli raw, and so she always cooked them even if only by steaming for a few minutes. I encouraged them to wait for the second half of the evening when we ate and discussed the food.

Many people think that they are preserving nutrients by steaming vegetables rather than boiling them or cooking them in some other way. To some extent, they are correct but not when it comes to the very precious enzymes contained in these vegetables. Enzymes are catalysts that help reactions to occur thousands of times faster than they would do otherwise. They are proteins and each has it’s own specific and unique shape. The shape is also critical for each enzyme’s specific function. Heat causes enzymes to readily lose their shape and become ‘denatured.’ Steam is close to 100C which is well over the temperature recommended to preserve the enzymes. Some experts estimate that you need to keep the temperature at or below 39C, while other ‘raw cookbooks’ say up to 46C. I prefer the lower temperature and only use my dehydrator at 105F (it comes with an embedded Fahrenheit scale). 105F is equivalent to 40.5C. Using common sense, it is probable that the breakdown process speeds up with those last few degrees of heat.

I highlighted another use for the dehydrator during the evening. A third guest had brought a salad of raw broad bean and tree tomatoes. The problem was that she had brought it straight from her deep freeze and was concerned that it would not thaw sufficiently by the time we served the food. For obvious reasons, she didn’t want to heat the dish so I suggested that she spread the beans on a shallow plate to let them warm briefly on a shelf in the dehydrator.

So, how did it work out? The first guest loved the cauliflower rice dish, saying she could certainly eat this regularly and variations of it. She had missed the ‘whiz’ recipes from the previous Note, so I steered her towards them. The second guest was delighted to have a recipe she could use for broccoli or cauliflower as she was really trying to eat her vegetables raw and hated the thought of giving up broccoli. The third guest was delighted to have another recipe to use in her dehydrator.

The ‘party’ went on for longer than usual as the conversation was particularly lively with ideas for recipes as well as questions to be answered.

Our Open House Evenings occur every Friday, with the exception of dates where I am away on speaking or teaching engagements. It is a wonderful time of learning, encouragement and support.

If you would like to attend one of these evenings or be added to our mailing list to receive regular updates on educational opportunities, please email education@xandriawilliams.co.uk.

We would love to see you there!