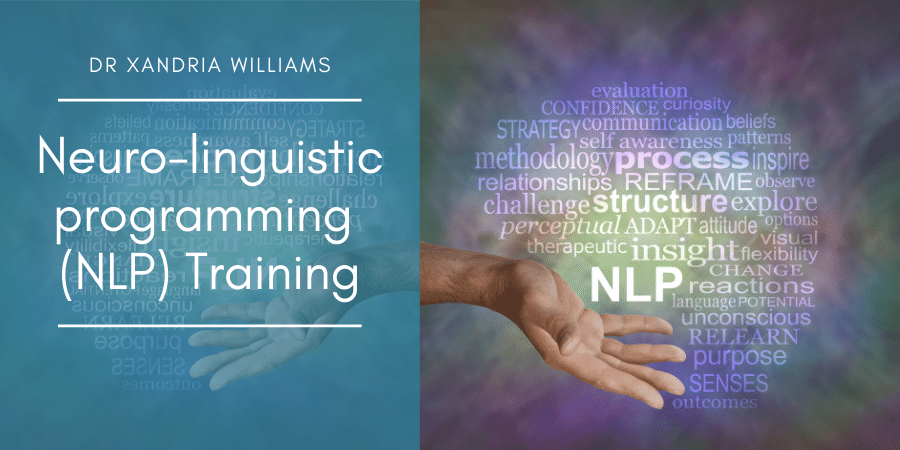 I was very lucky with the many training opportunities I had during the years after I graduated with my Naturopathic Diploma, at the start of the first half of my career in Australia.  At the time,  natural therapies, and the associated psychotherapies were forging ahead and we attracted a huge number of visiting professional speakers. They were mostly from America, and they were all amazed at the size of the audiences they attracted in small towns and cities in Australia.

One organisation that did us very proud was Grinder, de Lozier and Associates.  Neuro-linguistic Programming, or NLP as it is better known, was started by John Grinder and Richard Bandler.  John Grinder was the more analytical and left-brained of the two, and Richard Bandler the more right brained.  I have not met Richard, But John Grinder’s organisation were very generous with their time.  The key speakers, including both John Grinder and his brother Michael Grinder, would come out to Sydney in pairs, and spend two long weekends (3 full days each), with us plus the intervening week.  This happened four times and so provided a lengthy training.

I loved the subject, and all that they could teach me.  Everything they suggested I found I could apply to my practice and my work with clients.  I applied what I learnt in two ways.  Firstly, it greatly improved the way I communicated with and related to clients. I could more accurately understand the real meanings behind what they were saying and feeling.  Secondly, I could use a lot of the strategies and processes that I learnt to help people with emotional and stress-related issues.  As an additional benefit, I found I could also use many of the communication skills to improve communications and relationships in my life in general.

I did know that NLP was used by big business, people in finance,  sales and marketing and more, but I didn’t give that much thought.  A few weeks ago, I attended the Annual International NLP conference here in London.  I was hugely disappointed with it, but that was entirely my fault, not theirs.  I realised that my Australian training of over thirty years ago had been designed entirely with people working in the health and natural therapies field in mind.  So, I say I was lucky.

How can you use NLP?  Obviously you could go to a training session, however, you do have to pick your trainer well, and find one that relate well too and who will cover techniques and strategies that you can make good use of.

Here are some examples with which you can experiment.

Do you spend a lot of time with your arms crossed?  I used to.  It is self-protective, but it also cuts you off from other people.  I would give a lecture, cross my arms, and ask for questions, a few came but not so many.  I then taught myself to ask for questions and hold my arms out wide to both sides.  At first, I was surprised at how scary that felt – try it for yourself.  But when I did this, I received nearly twice as many questions – or even more.  If you talk to someone and feel they are not taking what you have to say ‘on board’, use this strategy.  Open your arms as you speak and listen. They will ‘hear’ you a lot better, and probably respond to you better too.

As a practitioner, I recognise  frequently that clients are not telling me fully how they feel.  They may think they should be strong and not show their fears or worries.  They may think they should put on a positive front and not seem ‘weak.  They may want to look good and not admit to the many times they had broken their diet or forgotten to take their remedies.  If you are sitting in front of them and match both their body position and their movements, you can get an amazing insight into how they are really thinking and feeling.

Soon after I started doing this, I saw a new client who was both somewhat mentally unstable and coping with cancer.  Her boyfriend brought her in and was trying to help her.  She insisted she was alright and didn’t need help. I ‘matched’ her position and movements and immediately knew she was not in a good mental state.

Sitting and moving, in the way she did, soon left me feeling totally despondent, weak and feeling hopeless.  In fact, the sensations were so strong that I did not maintain my ‘mirroring’ for long, but I was able to help her a lot more than I might otherwise have done.

Walking in someone else’s ‘mocassins’ was an exercise we did on the first evening of the training.

For this, we worked in pairs.  I was lucky in that my partner and I were very different.  We were all sent out into the streets outside the training room.  For the first twenty minutes, my partner was to go off and walk as if she was on her own.  She could do what she liked.  My task was to follow her and match exactly what she did.  After twenty minutes, we were to swap roles and return to the training room. Off we went.

Well, it took less than five minutes for my frustration level to rise.  She walked so slowly.  She would stop and gaze up at the night sky. She picked a leaf from a hedge as we passed, inspected it in detail. She rolled it, crushed it, smelled it, then ambled on.  What a waste of time.  Then it was my turn.  I took off, walking at my usual rapid pace.

I was conscious that I would have no free time for shopping in the next two weekends because of this training so I wanted to make the most of my time.

We passed a pharmacist selling some useful items.  I went in and asked, “do you by any chance sell dog collars?”  I wanted one for my newly acquired pet.

But they didn’t. I thanked them and left.  My poor partner had to repeat the same question to the shop assistant who must have been a bit surprised to heard her say “No, we don’t. I have already explained that to your friend.” But I was almost out of hearing.  I only had time to go to a couple more shops and then walk briskly back to the training centre and up the flight of stairs to the training room.

I thought I had moved at a reasonable and positive pace, getting things done, but not in any way rushing.  Then I realised that my poor partner was far behind me and when she finally made it up the stairs, she was both out of breath and exhausted.  Try this for yourself.  I learnt a lot from the exercise.

There are  NLP associations in most cities and hundreds if not thousands of books are now written on the subject.  I  strongly encourage you to consider exploring this technique further.

Is it good or bad?  Is money good or bad?  No, it is how you use either of them that counts.  These NLP techniques are certainly used by pushy salespeople who seem to have the knack of selling you things you had no intention of buying.  But used with integrity to improve communication and help other people, in my case with my clients, it can be an excellent resource.